One of the most rewarding parts of working for Borah is connecting with and making apparel for people and teams who inspire us. The four riders of Project Adventrus are at the top of that list.

Project Adventrus is the brainchild of Todd Poquette, one of the instigators of Marji Gesick and The Crusher ultra-endurance races. The mantra for the Marji is “find your limits and destroy them” (which also gives you a peek inside Todd’s psyche). 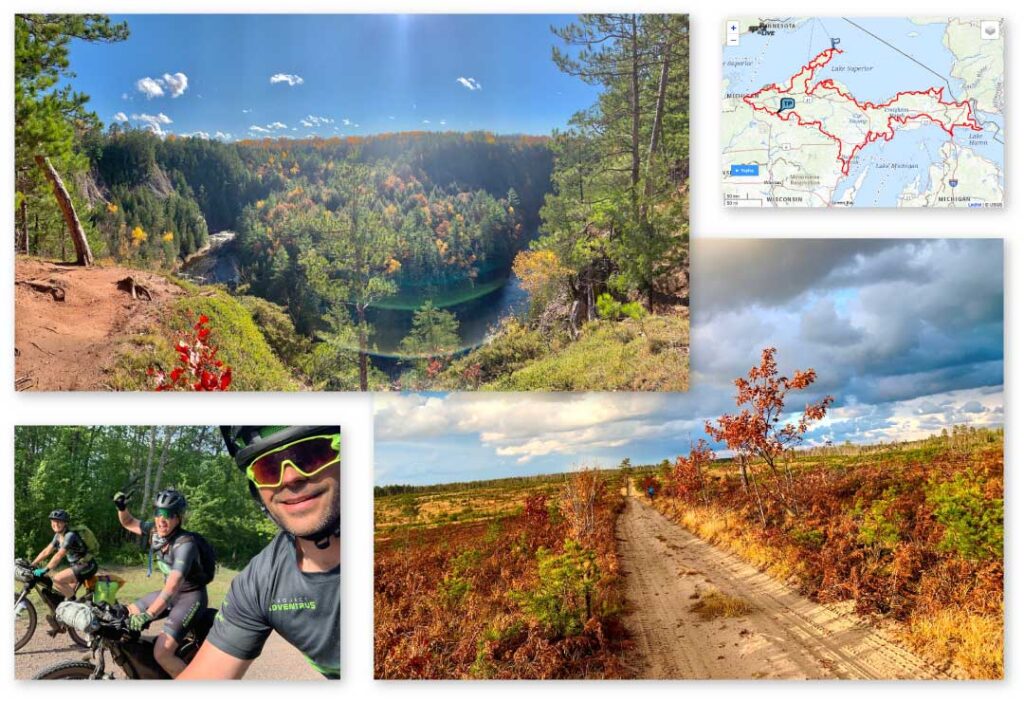 Todd—along with his adventure companions Mark Salm, Liz Belt, and Kelsy Kellerman—is circumnavigating the most uninhabited parts of Michigan’s Upper Peninsula by bike. The crew will ride on barely-maintained gravel, two-track, and logging roads with plenty of water crossings. They will be off the grid without cell service for almost the entire ride, enjoying unadulterated night skies and the northern lights if they’re lucky. 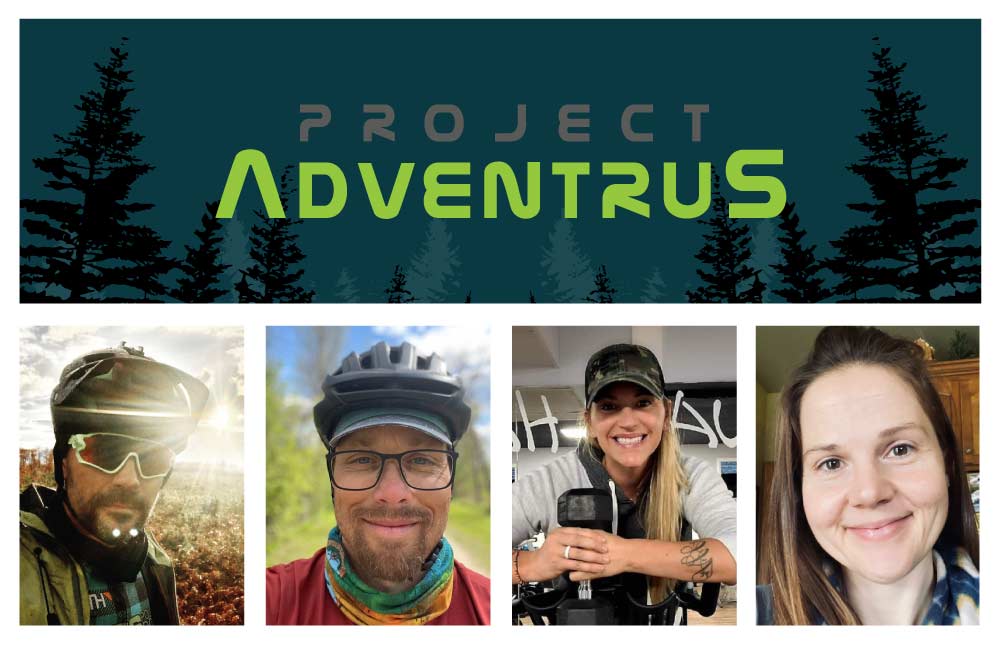 At the core of Todd’s work is a passion for youth empowerment and gender equity. Todd is also the founder and Director of Adventure for the 906 Adventure Team, which helps introduce kids to the sport of mountain biking. When Todd stands in front of a group of young riders and encourages them to take on new challenges, he feels his words are more powerful when he has his own adventures to share. He needs to push himself, too—and the Project Adventrus route fits the bill.

When discussing the team roster, Todd says people are often surprised that there are two women making the trek. But the group was chosen rather deliberately.

“Young girls and boys need to see men and women completing rides like Project Adventrus together,” Todd says. “We can talk about gender equity all we want but the only way to really move the needle is to model it.”

It’s no doubt that an undertaking like this one calls for strict and dedicated training. During the pandemic, Todd found a silver lining to all the time he was spending at home—the chance to dream up and train for this ride. In fact, Todd says this effort would not be possible at all in a normal year. He’s also quick to thank all of the friends and family at home who are making it possible for him and his team to go off the grid for 16 days. 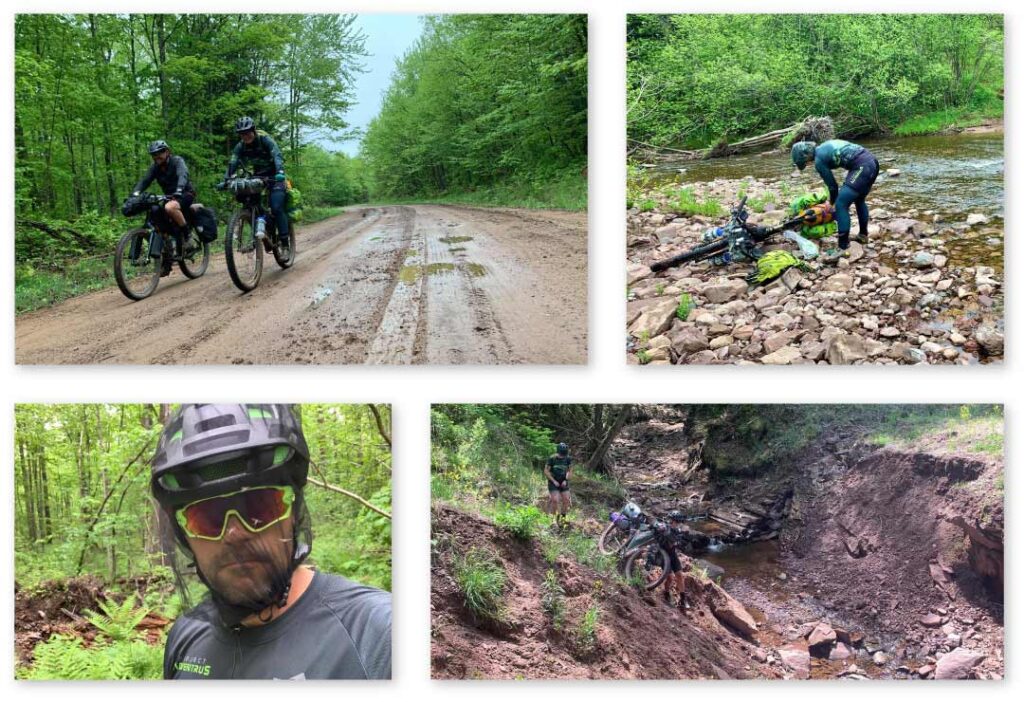 “Getting back out there and then returning home reminds me of how lucky we have it in the world today,” Todd says. “As humans, we have the obligation to inspire each other to be the best versions of ourselves.”

“Of course, not everyone wants to do this ride,” he says. “For some, it might be their first local Gran Fondo. My hope is that they see Project Adventrus and this helps them take the first step towards whatever they want to achieve.”

Join us in rooting on the team and follow their progress live on Trackleaders. 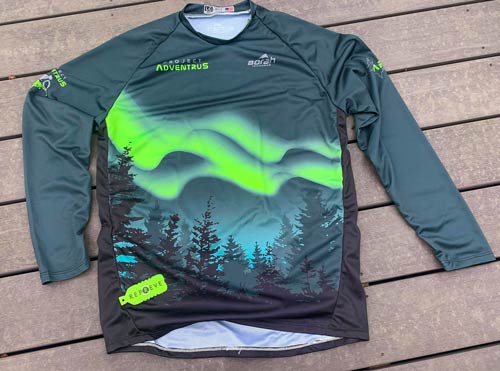 We were so inspired by Todd’s team and their herculean effort that we designed a special kit for the crew. And you can get one, too! 20% of all proceeds will benefit Project Adventrus. Shop now. 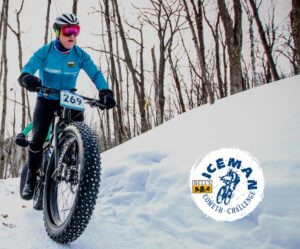 Q&A With “The ICEMAN” Steve Brown

11/2/2021   With this year’s Bell’s Iceman Cometh Challenge just a few days away, we had a chance to sit down (virtually) with the ICEMAN 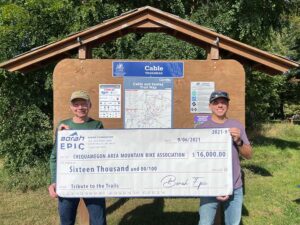 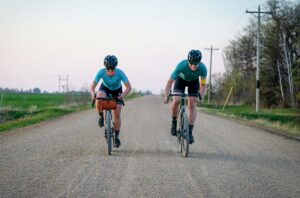 Learn how Borah Teamwear is working towards a more sustainable product and a greener future on two wheels. September 3, 2021   You may know